Two individuals were arrested on Thursday night after they led local law enforcement on a high-speed chase that spanned from just east of Butler to Pennington to Jachin and finally ended in a crash on Ararat Road.

The chase began on Highway 10 east of Butler when Butler Police Officer Barry Meeks attempted to pull over a Chevy Cobalt for speeding. The vehicle refused to stop and began traveling at a higher rate of speed, with Meeks in pursuit. The chase continued toward Pennington on Highway 114, to Highway 156, then back toward Highway 17 near Jachin.

Other officers with Butler PD, the Pennington Police Department, and the Choctaw County Sheriff’s Department joined the pursuit.

Reaching speeds that exceeded 100 mph at some points, the suspects traveled back to Butler, moving south and turning on Ararat Road off Highway 17. Gilbertown Police Department was also called to respond.

According to Butler Director of Public Safety Jimmy Huckeba, the suspects threw items from the vehicle during the chase, and some of those items were later recovered, including drugs and drug paraphernalia.

Several law enforcement vehicles were struck by the Cobalt, and the chase finally ending when the suspects crashed on Ararat Road just past the intersection of Mt. Sterling cut-off road. Choctaw EMS was called to the scene to evaluate the condition of the two suspects. Neither were seriously injured, Huckeba said.

Meeks’ vehicle sustained damage, along with two trucks driven by Sheriff’s deputies. No law enforcement officer was injured in the incident.

Huckeba said that the vehicle driven by the suspects had been reported stolen from the Mobile area.

Following the crash, Jackson Dallrymple, 23, of Mobile was arrested and charged with Possession of Controlled Substance, Possession of Drug Paraphernalia, Attempting to Elude, Criminal Littering, Possession of Burglary Tools, Resisting Arrest, Tampering with Evidence, Receiving Stolen Property, and Assault, 1st degree. He was also charged with violation of the state health order, along with nine traffic violations.

According to Sheriff Scott Lolley, more charges could be added.

The suspects were taken to the Clarke County Jail in Grove Hill. 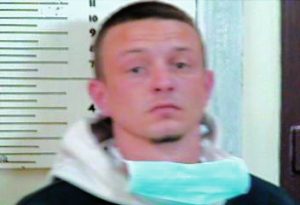 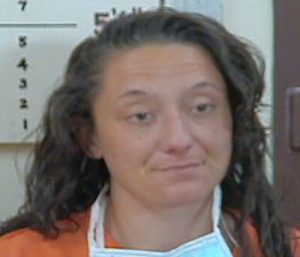