LISMAN – Lisman resident William Cook was one of several residents who were rescued by boat and other means on Friday by the Choctaw County Rescue Squad, fire departments, law enforcement officers, and other county responders. Flood water pushed toward the door of his home on Ala. Highway 10, after about nine inches of rain was dumped on the county through the night and into the morning hours. 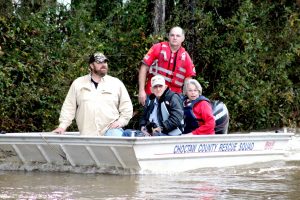 Rescuers got William Cook out of his home by boat.

Rescuers, law enforcement officers, and other first responders, along with county officials and road crews, were out in the early hours of the morning as rising waters flooded homes and vehicles, and wreaked havoc on roadways throughout the county.

Roads began to become impassable in the early hours of the morning. County Road 32 at Yantley was under water at just before 3 a.m., and Alabama Highway 156 was deemed impassable due to flooding a short time later. Ala, Highway 10 just east of Lisman was under water by early morning causing crews to block the highway from travel in both directions for several hours.

Flooding also led to the closure of Riderwood Drive, with flooding on both sides of Scott Mountain. The road remained partially covered with water at mid-afternoon.

A massive washout on County Road 32 near the Lanier Animal Clinic still had the road closed as of 3 p.m., and Edna Road suffered a major wash-out, preventing residents from traveling to and from their homes.

Flood waters covered the saw mill on Ala. Highway 17 in Jachin, with waters remaining high into the evening. Mosley Bridge Road was also deemed impassable, along with several other roads throughout the county, with water remaining high and making travel dangerous even into the late-afternoon hours. 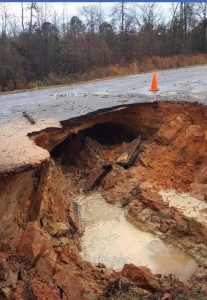 Crews  continued to work on roadways in the late evening to open roads to traffic.

The following roads have sections that remain closed due to washouts or water over roadway:

Watch the Sun-Advocate for updates and more photos and information on the flooding. 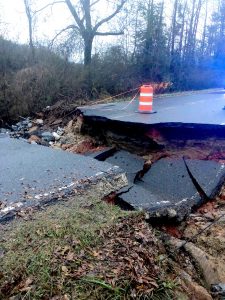 A major washout kept CR 32 closed throughout the day. 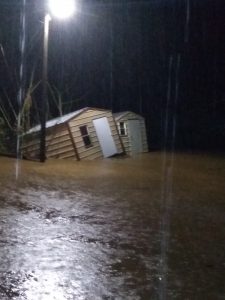 Flooding is pictured at the home of Nina Keeton on CR 32. 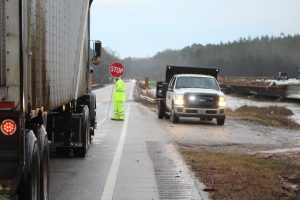 Crews stop traffic along Hwy. 10 just outside of Lisman. 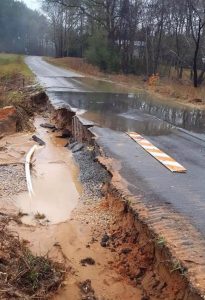 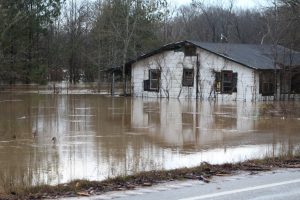 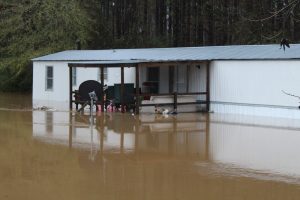 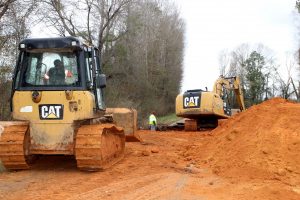 Crews work to get CR 32 open for traffic.