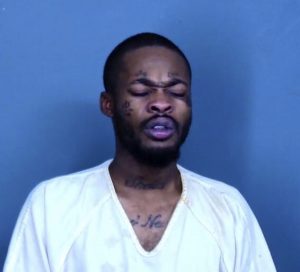 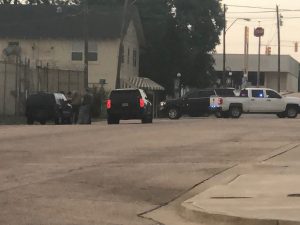 Authorities are searching for an inmate who jumped the fence at the Choctaw County Jail.  Lamarion Demetrius Alston, 27, climbed over the front fence at approximately 7:30p.m. and ran on foot toward Riderwood Drive. Alston  is described as a black male,  5 feet 6 inches tall, weighing approximately 150 pounds. He was last seen wearing a gray shirt and black pants and has tattoos on his face.  Alston may have suffered cuts while jumping the fence.  He was incarcerated in Choctaw County on charges from Marengo County. According to published reports in the Demopolis Times, Alston, who is reportedly from Illinois, was arrested on April 18 in Demopolis and charged with First degree Armed Robbery of a Family Dollar store. He also faced felony charges, including charges of robbery and escape,  in other areas, including Georgia, North Carolina, and Tuscaloosa, according to the Times report.

Records from Mecklenburg County, NC show that a Lamarion Demetrius Alston, born November 25, 1992,  was arrested in July of 2017 on charges including larceny, resisting public officer, breaking and entering, and communicating threats.